A squad of storm troopers are transporting a POW with valuable information from Yavin 4, but getting off planet will test their mettle.

On the opening night of Star Wars: The Force Awakens, a seven-year-old girl’s Star Wars toys come to life. They learn who they are and set off on an adventure to help their young companion as she heads out to watch The Force Awakens.

Brittany Joyner has been a working professional in the film and television industry since 2011. Gaining experience in Avid, Final Cut Pro, and Adobe Creative suite along the way. She also has experience in the visual effect industry working at Industrial Light & Magic during the production of The Revenant and Star Wars: The Force Awakens.

Originally from Orlando Florida, in 2016 she moved to Los Angeles to further her career in the industry. She has a dedication to post production unlike any other. Working tirelessly to grow and expand her knowledge and creativity.

Two friends go hunting in Hawkins Indiana. What they find in the woods will turn you upside down.

Jessica Champneys is a 24 year-old filmmaker based in Salt Lake City, Utah. While she has worn many hats to bring her films to light, she prefers to work as a writer, director, and editor. When she isn’t working on her own projects, she works as an associate producer at Usana Studios, and as a video editor and VFX artist for Digital Pressworks. She loves to craft dark and emotionally impacting stories while cuddling with her collection of adorable stuffed animals.

Danny Mooney is a jack of all trades in the film world. He got his start acting in improv comedy shows, sketch comedy, and stand-up. Mooney

Danny Mooney has also been on the production side of over 35 short and feature films over the last few years. He has a full range of credits

including Director, Producer, Director of Photography, Writer, and Editor. While in college, Mooney’s awards included “Best Silent Film,” “Best Cinematography,” “Best Editor,” “Best Director,” “Best in Festival” twice, “Best Screenplay” twice and “Best Actor” four times. In 2006, he was the Cinematography Consultant along with the lead role in the film Dylan, which won “Best in Festival” at the UMEC Film Festival in LA. That same year, Mooney also acted in the short film Moon Cake, which was nominated for a Student Oscar in the 2006 Academy Awards. Also in 2006, Mooney was one of three students at the University of

Michigan to win the prestigious “Trueblood Fellowship Award for Film Performance” (in both acting and directing), and one of three to win the award again in 2007. Mooney ended that year by receiving praise from Academy Award-winning Hollywood writer/critic Kurt Luedtke (Out of Africa) for his directing accomplishments in the short comedy Step, My Boy.

In early 2008, Mooney won the “Leo Burnett Award for Film Marketing and Business” for his marketing during pre-production on the Academy Recognized narrative short Fingers, which was declared “subtle and mesmerizing… already a winner” by The New York Film Review. As his senior thesis at Michigan; Mooney wrote, produced, directed, edited and acted in the short. At the 2008 Hamptons International Film Festival, the film’s premiere was one of five films in the Academy Recognized category up against Natalie Portman’s directorial debut, Academy Award Nominee Don Hertzfeldt’s most recent film, the 2008 Cannes winner and the 2008 South By Southwest winner by multiple Academy Award Nominee Benh Zeitlin. Among these five films, Fingers got the top vote by the festival’s audience and Hertzfeldt took the Jury. The film lived a long life on the international festival circuit, playing at the 2010 Cannes Independent Film Festival and at the first annual Edgemar Film Festival in LA, where Steven Spielberg sits on the board. At Edgemar, the celebrity judging panel nominated Fingers for “Best Short Film,” “Best Director,” “Best Cinematography,” “Best Actor,” “Best Ensemble Cast,” “Best Screenplay” and “Best Editing.”

Pictures, and New Line Cinema. In the 2007 Academy Awards, the Academy of Motion Picture Arts and Sciences chose Mooney’s short piece Do Fainne Sorcas as a Finalist in the Student Alternative Category, exhibiting the film with all Student Category Oscar Nominees at the Gene Siskel Film Center in Chicago. Mooney has had consistent festival play across the globe including opening the LA International Shorts Festival with a piece titled Little Joy, where he was a Director and Cinematographer, and world-premiering the feature film Bilal’s Stand in the 2010 Sundance Film Festival, where Mooney – in true independent filmmaking fashion – was an actor, a 1st Assistant Director and an additional Director of Photography.

Mooney joined forces with producer Eddie Rubin and formed Deep Blue Pictures while still in college. To date, they have 6 features under the

company’s belt since Mooney graduated from college in the spring of 2008. The film Mooz-lum, co-produced by Mooney and Rubin, won “Best Narrative Feature” at the 2010 Urbanworld Film Festival and was the third film to sell out at the 2010 Chicago International Film Festival. Mooz-lum, starring Evan Ross, Nia Long and Danny Glover, took its limited release in theaters across the U.S. and Canada in mid-February 2011. Although on a limited number of screens, the film grossed more per screen than any other film in America for its opening weekend. RogerAndEbert.com declared “I suspect the Muslim narratives of 9/11 will soon grow into its own genre, and this film is a very good start.”

In between features over the last few years, Mooney directed a short series for Disney as well as numerous music videos, including one for Kanye West’s Def Jam artist Big Sean, featuring GLC. The video, titled Million Dollars, became the second most viral music video in the world upon its release, right behind Lady Gaga’s Bad Romance. Mooney also acted in and directed several national spot commercials for companies such as Best Buy and Coke Zero. Most notably, he helped develop and played the comedic lead in a performance-driven viral spec commercial for Mountain Dew, winning the Grand Prize from the annual MOFILM international commercial competition in London. Mooney and Director Marty Stano were presented the award by the U.K.’s Jonathan Ross at the 2011 Mobile World Congress in Barcelona, Spain.

2013 marked Mooney’s feature directorial debut with the film Love and Honor (originally known as AWOL, the film’s shooting title). The cast is

Eddie Rubin along with Producer Chip Diggins (former senior executive at both Disney and Paramount, and Barry Levinson’s former producing partner at Baltimore Pictures). Distributed domestically by IFC Films, Love and Honor was released in 30 cities on March 22nd, 2013, where it ran for the next 8 weeks. The film came out on a much larger scale in theaters overseas to rave reviews in late 2012 and early 2013, with one Russian critic writing “Young director Danny Mooney has created an astounding film” and Helium in Australia proclaiming, “Love and Honor is one of the most underrated films of 2012.” The film was recently released on DVD and digital, climbing high on all the iTunes charts and hitting #1 on the iTunes romance movie chart during its second week out.

Mooney then dug back in to his humor-based roots and shot the ridiculous-yet-heartfelt comedy Saugatuck Cures, where Mooney played the lead

role with co-star Max Adler (of Glee) as two childhood best friends on a road trip of exuberant high jinks. The film started hitting the festival circuit in the fall of 2014 with an instant buzz about the performances as well as how the film deals with several hot-button topics in today’s society, with The Huffington Post stating

At the end of 2015, Mooney wrapped shooting on the first season of Outsiders for Sony Pictures Television, where he plays a recurring role. Created by award-winning playwright Peter Mattei and Executive Produced by Paul Giamatti and Peter Tolan, Outsiders went to air on WGN in early 2016 where it set the record as the most-watched piece of original programming ever for the network. WGN quickly made the decision to send Outsiders to its second season.

Mooney has several acting projects coming out in late 2016, including Lionsgate’s thriller 478, produced by Darren Aronofsky and starring Arnold Schwarzenegger. Behind the camera, Mooney and Rubin are currently in development on several projects as well as always being active in the music video space. Mooney, as well as Deep Blue Pictures, is repped by Paradigm and The Gotham Group / Principal Entertainment. Danny Mooney received his Bachelors Degree from the University of Michigan with a major in Film Production from the Department of Screen Arts and Cultures, concentrating in directing, producing and cinematography. He also received a minor in Acting, Drama and Text-to-Performance from the Michigan RC Theatre Department.

Reimagined origin story, steeped in darkness, for the Joker and Harlequin, two of comics most notorious villains. 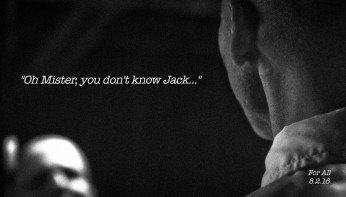 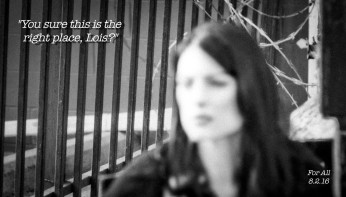 All winning screenplays were performed by professional actors and brought to life.

Watch all the winning works at http://www.fanfictionfestival.com

1. HOW I MET YOUR MOTHER TV Spec
by Eugene Ramos

3. GILLIGAN’S ISLAND OF THE DEATH TV Show
by Jerry Kokich

5. THE MASK OF LEIA Short Script
(From Star Wars universe)
by Ian Wilson