The myth of Minotaur given allegorically. A master narrator gives voice to Minotaur as he describes the heavy price that ancient Athens had to pay: the annual sacrifice of some of its youth, here en-boded by a mouse in the Maze. Ultimately, these kids symbolize the dreams of tomorrow that all of us have and are sacrificed in the alter of the altar of a false justice, that is reality. 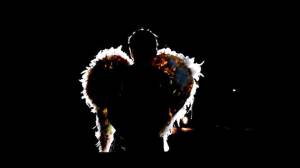